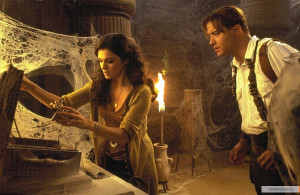 "THE MUMMY", the 1999 remake of the 1932 horror film proved to be a major success for filmmaker Stephen Sommers and Universal Studios. Two years later, both the director and the studio reunited its major stars for a sequel set a decade later. In doing so, Sommers and Universal created a four-movie franchise. ( Collapse )
Collapse